I had a funny dream last night.

I know this is a socially unacceptable opening gambit (unless the dreamer reveals they dreamt of having sex with their interlocutor), but it illustrates a point, so be patient.

In my dream I was tasked with teaching an alien about the idiosyncrasies of modern life. It’s not clear whether this was an alien in a cultural or planetary sense, but in any case, I was explaining how various colloquialisms were used. At the point when the alien asked why there were two instances of the word “epic” to refer to a situation that seemed anything but, I woke up laughing. 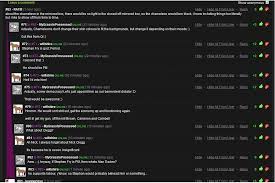 I’m obsessive about language, the way it shapes our thinking, the way it transmits meaning first and a rich set of semiotic data second and the way it changes and evolves.

But when marketing people get a hold of it, bad things seem to happen. I think it’s time to say that we are losing touch with those with whom we seek to communicate.
Watching 4chan founder Christopher Poole painfully and painstakingly articulate the in-jokes and slang that make up the fabric of a world built in text,

…I’m reminded of my own attempts to explain my own work to my parents and friends.  To say “I work in digital” is as meaningless as “I work in analogue,” unless you’re a watch maker.
We’re privileged to work in this industry, but we need to reconnect with reality: in the real world, barely anyone has read the Cluetrain Manifesto; Cory Doctorow is not famed for his bedtime stories;  people watch a funny video their mate sent them, not “a viral”.

You’re dreaming if you think your preoccupation with Insanity Wolf or Julia Gillard’s belatedly conversational use of Twitter is shared by your non- industry peers.  My non-digital industry friends are architects, film makers, journalists, teachers and rocket surgeons; they spend plenty of time on the internet for business and pleasure but online meta-subcultures pass them by, and what’s more, they’re not wishing they were in on the joke; they find it – brace yourselves, Digerati – faintly risible.

All tribes need their own language to define themselves, particularly those nascent groups who seek to firm up their identity; people who work in what’s ultimately still an emerging industry gain strength and a sense of belonging through shared slang.  So what?

So perhaps we need other ways to define ourselves: a code of conduct, agreed-upon professional standards of practice…? Just a thought.

By describing the work we do with jargon and obscure terminology, we’ll lose the ability to reach the people it’s our job to talk to.

By that I mean clients and punters alike: if we don’t talk human, we can’t talk to humans. And if we refer to our professional practice in arcane buzzwords, we can’t expect the true value to be understood.

A client said jokingly in a meeting recently “can we have all that Web 2.0 shit?” He was making an astute observation; piling on buzzwords for their own sake does no one any favours.  Flogging  mechanisms and tactics that aren’t relevant and won’t achieve specific objectives inevitably discredits the whole industry.  You can forgive people for thinking social media is a magic bullet when we obfuscate its meaning.  But it’s our job as communications professionals to create clarity.

At times it seems as though the whole industry is in the grip of a shared hallucination. Just because a conference your boss went to impressed upon her the need to have a corporate blog, a YouTube channel and a set of the finest vestments cut from fabric only very clever people can see doesn’t mean we shouldn’t challenge that. Your responsibility is to advise and consult on the best course of action for your clients’ needs.  Regardless of whether other chartered accountants give tax advice via Plurk, your professionalism requires you do what is needful and effective.

It’s time to wake up.  Let’s restore some perspective, stop using gibberish and call what we do what it is. We communicate. Do that.
Better still, do it brilliantly.

Alternative ending: In the 1972 film Death Line, an inbred tribe of mutants roam the London underground croaking the last vestiges of human speech they’re capable of. “Mind the gap” they gasp in a hideous mockery of the words they had once mastered. Let’s not be those guys…

5 thoughts on “you know you are a dreamer…”

the year of the cat by Cathie McGinn is licensed under a Creative Commons Attribution-Noncommercial-Share Alike 2.5 Australia License.